On the 16th of februari 2010 we visited London to see Todd. The Apple Store was impressive. Great atmosphere. I kept on thinking though about ‘the good old day’s’, when we were considered as pioneers or fools using a Macintosh……. 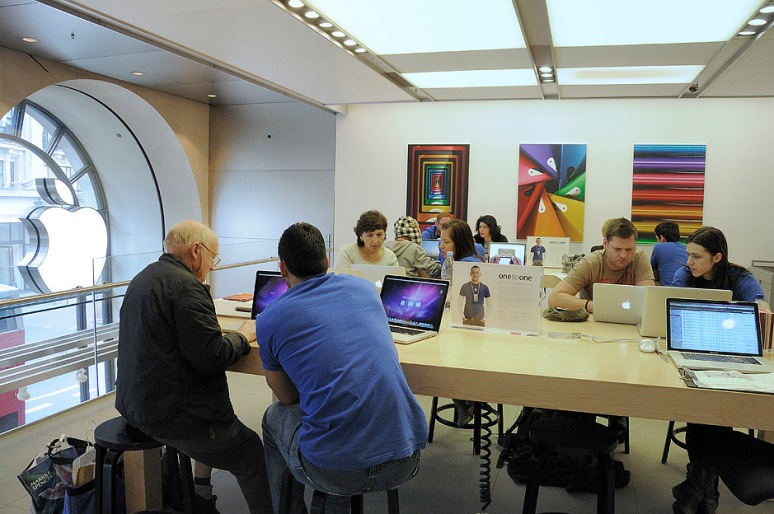 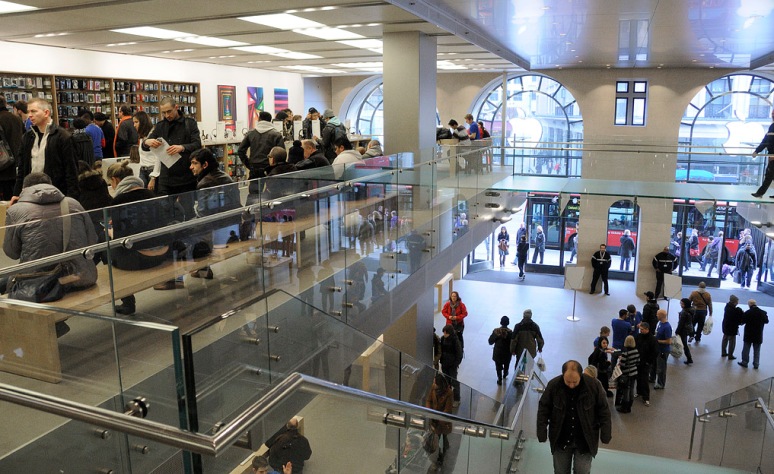 On the 6th of october 2011 we were London to see….. Todd, himself being a pioneer in using the Mac. Steve Jobs’ death was announced. Could not resist to go back to the Apple Store.

Introduced along with the Mac II in March 1987, the Macintosh SE came with 1 MB of RAM, one or two double-sided 800K floppies, and space to mount an internal SCSI hard drive (the second drive bay held either a hard drive or second floppy – no room for both, although that didn’t stop some people from creating a bracket to mount a hard drive in a two-floppy SE). The SE was the first compact Mac with a built-in fan. 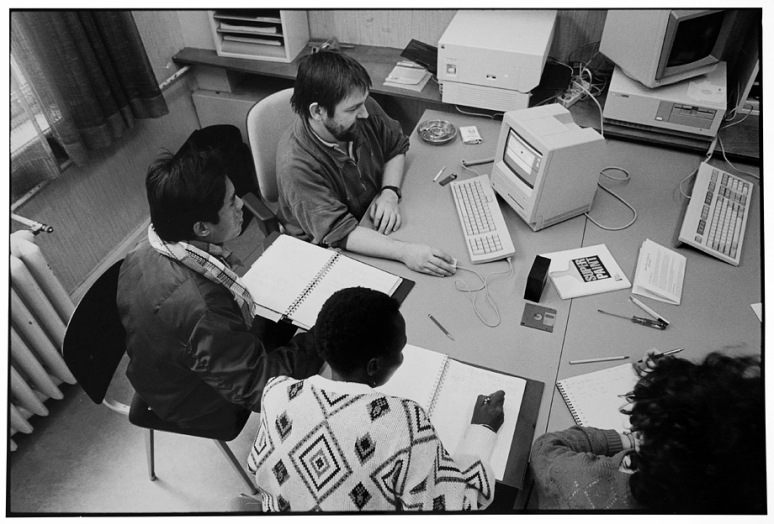